Gert Partoens, professor for latin literature at KU Leuven and an expert on Augustine and I was invited for a talk at an expert’s workshop on anonymous sermons in Late Antiquity and Early Middle Ages. It was organised by Matthieu Pignot on the 16th May 2019 at the Universtiè de Namur and entitled “Les sermons anonymes latins dans l’Antiquité tardive et le haut Moyen Âge (300-800) Transmission,  classification, datation”. The two sermons are not only interesting, because they heavily depending on Augstine’s exegesis on the ‘Woman taken in Adultery’, but also, because both preachers used more or less Augustine as a point of departure to develop their very own sermons. Particularly the Moissac homily is intriguing. It uses figures and trains of thoughts which are so far singular and appears to be almost “post-modern” in the argumentation. 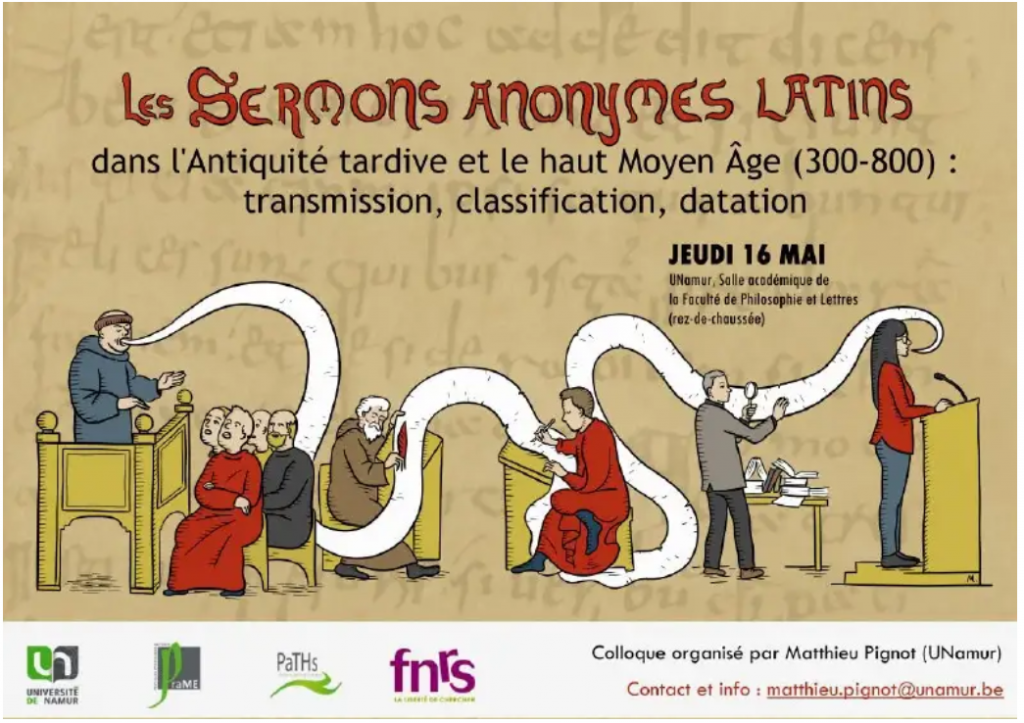